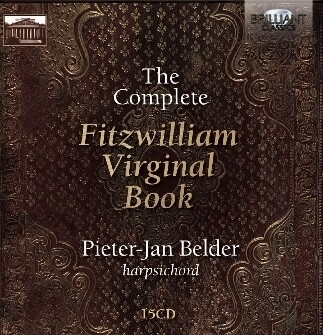 The first complete recording (15 Cd's) of the famous manuscript from the early 17th century, once known as Queen Elizabeth’s Virginal Book. This volume is among the chief treasures in the music collection bequeathed by Viscount Fitzwilliam, and is the richest anthology of sixteenth- and early seventeenth-century English keyboard music in existence. The Fitzwilliam Virginal contains nearly three hundred works dating between 1562 and 1612. It represents thirty of the greatest composers of the time, including John Bull, Orlando Gibbons, and William Byrd.